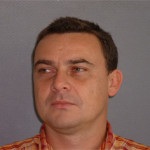 Dr. Pascal BARET received his Ph.D. in Biochemistry in 1997 from the University of La Réunion, France. In his thesis, he studied the photo-regulation and dynamic cycle of photosynthesis in sugarcane. Since 1998, he has been a research professor position in the same University. As part of its research activities, he worked on various topics such as, enzyme kinetics by mid-infrared and analysis of macronutrients by UV-visible spectroscopy. Currently in GEICO, he studied mitochondrial activity of fat cells in the case of obesity and related conditions such as type 2 diabetes. He works closely with the «Cellular Metabolism Energy » of the Institute of Biochemistry and Cell Genetics team of Bordeaux (France). As part of his teaching activities, he invested heavily in your teaching and administrative duties, he was Project Manager for the creation of a DUT Food (2000-2004) and Head of the Department of Biological Engineering University Institute of Technology – IUT (2004-2009) and finally Director of Studies (from 2011 to this day). Its attachment to the IUT, allowed him to forge strong partnerships with industry. They come in various actions that support the development of business and innovation support.